Quaterra has signed an agreement with Chuchuna Minerals Company, an Alaska corporation, giving it an option to purchase a 90% interest in the Groundhog copper prospect, a 40,000-acre property located on an established copper porphyry belt, 200 miles southwest of Anchorage, Alaska.

Groundhog is located on State of Alaska claims covering the northern extension of a 10-kilometer wide north-northeast trending structural zone that hosts a number of porphyry copper-gold prospects, including the large Pebble porphyry copper, gold and molybdenum project, which is approximately three miles south of the Groundhog claim boundary. Regional magnetic data suggest that geology similar to that at Pebble extends under cover for an additional 30 kilometers northeast from the Pebble deposit.

Five years of geologic, geochemical, and geophysical studies conducted on the property by a major international mining company, have identified a number of large, high priority, magnetic and induced polarization (IP) targets. These have been evaluated and supplemented by additional mapping, sampling and IP. Prior to Quaterra’s involvement, the Groundhog project has NEVER BEEN DRILLED.

Drilling at Groundhog will commence in 2017.

Chuchuna, established in 2014, is owned by Kijik Corporation, and Alaska Earth Sciences (AES). Kijik is the ANSCA village corporation for the community of Nondalton that is the adjoining landowner to Groundhog. AES is an Anchorage-based mineral exploration company whose principals have more than 40 years of experience throughout Alaska, and have been involved in major discoveries including the Donlin Creek gold deposit.

Quaterra is committed to funding $1 million for exploration in the first year of the agreement with Chuchuna, and a minimum of $500,000 in each of the following four years. Quaterra can earn its 90% interest in Groundhog by providing a total of $5 million in funding for exploration over five years, and by paying Chuchuna a lump sum of $3 million by the end of the fifth year. Quaterra has no obligation to exercise its option and can terminate the agreement at its discretion annually. Chuchuna will be the operator of the project and will plan, implement and manage exploration field programs as set out in a budget and work plan approved by Quaterra.

If Quaterra exercises its option to acquire 90% of Groundhog, Chuchuna and Quaterra will enter into a joint venture agreement. Chuchuna will retain a 10% interest in the property carried to production, and a net smelter returns (NSR) royalty of 1.75%. Within the first ten years Quaterra may purchase 50% of the NSR royalty by paying Chuchuna $25 million. 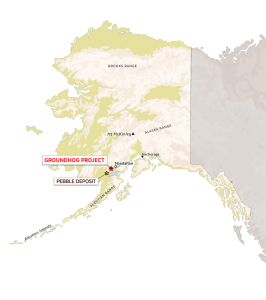 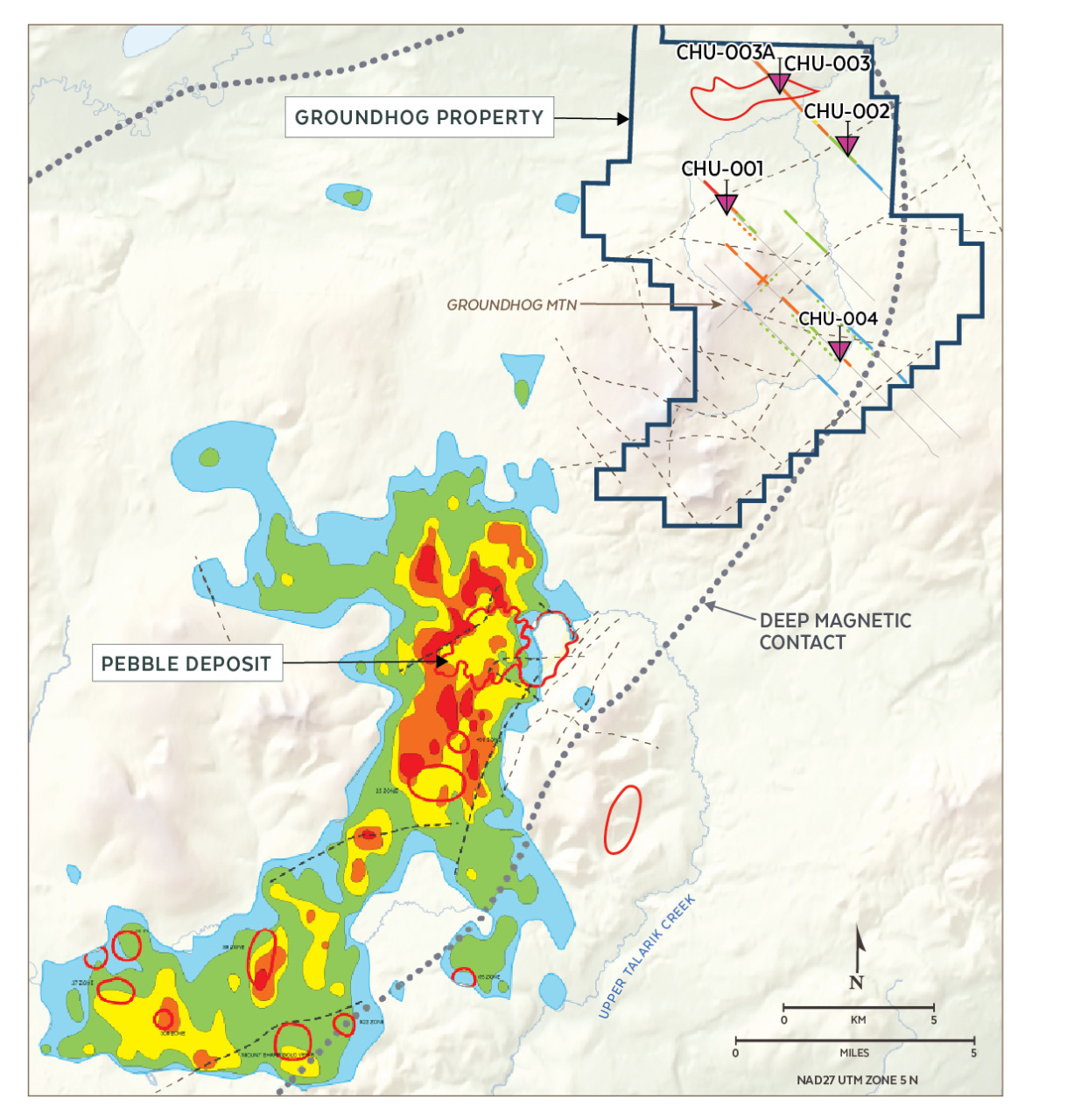 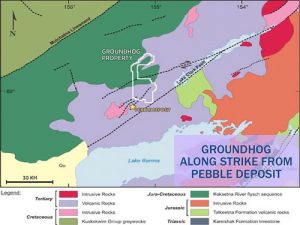 Groundhog is along strike from Pebble deposit 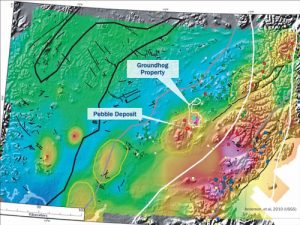